Neurofeedback has shown to be an effective approach to many brain-based disorders.

Is Neurofeedback an Efficacious Treatment for ADHD? A Randomised Controlled Clinical Trial

Published in the Journal of Child Psychology and Psychiatry

Background: For children with attention deficit/hyperactivity disorder (ADHD), a reduction of inattention, impulsivity and hyperactivity by neurofeedback (NF) has been reported in several studies. But so far, unspecific training effects have not been adequately controlled for and/or studies do not provide sufficient statistical power. To overcome these methodological shortcomings we evaluated the clinical efficacy of neurofeedback in children with ADHD in a multisite randomised controlled study using a computerised attention skills training as a control condition.

This study follows results from 102 children between the ages of 8-12 years old. The results are definitive, and the authors conclude that neurofeedback provides a “clinically superior result for ADHD symptoms.”

Efficacy of Neurofeedback Treatment in ADHD: The Effects on Inattention, Impulsivity and Hyperactivity

To evaluate sustained improvements 6 months after a 40-session, in-school computer attention training intervention using neurofeedback or cognitive training (CT) administered to 7- to 11-year-olds with attention-deficit/hyperactivity disorder (ADHD). Neurofeedback participants made more prompt and greater improvements in ADHD symptoms, which were sustained at the 6-month follow-up, than did CT participants or those in the control group. This finding suggests that neurofeedback is a promising attention training treatment for children with ADHD.

EEG Biofeedback in the Treatment of Attention Deficit Hyperactivity Disorder

In evaluating the studies in the overall broad area of the neurofeedback treatment of anxiety disorders, EEG biofeedback (neurofeedback) qualifies for the evidence-based designation of being an efficacious treatment. EEG biofeedback is an exciting, cutting-edge technology that offers an additional treatment alternative for modifying dysfunctional, biologic brain patterns that are associated with various psychiatric conditions

Background: Deficient emotion regulation and exaggerated anxiety represent a major transdiagnostic psychopathological marker. On the neural level these deficits have been closely linked to impaired, yet treatment-sensitive, prefrontal regulatory control over the amygdala. Gaining direct control over these pathways could therefore provide an innovative and promising intervention to regulate exaggerated anxiety. To this end the current proof-of-concept study evaluated the feasibility, functional relevance and maintenance of a novel connectivity-informed real-time fMRI neurofeedback training. Methods: In a randomized crossover sham-controlled design, 26 healthy subjects with high anxiety underwent real-time fMRI-guided neurofeedback training to enhance connectivity between the ventrolateral prefrontal cortex (vlPFC) and the amygdala (target pathway) during threat exposure. Maintenance of regulatory control was assessed after 3 days and in the absence of feedback. Training-induced changes in functional connectivity of the target pathway and anxiety ratings served as primary outcomes. Results: Training of the target, yet not the sham control, pathway significantly increased amygdala-vlPFC connectivity and decreased levels of anxiety. Stronger connectivity increases were significantly associated with higher anxiety reduction on the group level. At the follow-up, volitional control over the target pathway was maintained in the absence of feedback. Conclusions: The present results demonstrate for the first time that successful self-regulation of amygdala-prefrontal top-down regulatory circuits may represent a novel intervention to control anxiety. As such, the present findings underscore both the critical contribution of amygdala-prefrontal circuits to emotion regulation and the therapeutic potential of connectivity-informed real-time neurofeedback.

Read a Review of The Article: https://medicalxpress.com/news/2019-03-neurofeedback-anxiety.html

Real-Time Self-Regulation of Emotion Networks in Patients with Depression

Many patients show no or incomplete responses to current pharmacological or psychological therapies for depression. Here we explored the feasibility of a new brain self-regulation technique that integrates psychological and neurobiological approaches through neurofeedback with functional magnetic resonance imaging (fMRI). In a proof-of-concept study, eight patients with depression learned to upregulate brain areas involved in the generation of positive emotions (such as the ventrolateral prefrontal cortex (VLPFC) and insula) during four neurofeedback sessions. Their clinical symptoms, as assessed with the 17-item Hamilton Rating Scale for Depression (HDRS), improved significantly. A control group that underwent a training procedure with the same cognitive strategies but without neurofeedback did not improve clinically. Randomized blinded clinical trials are now needed to exclude possible placebo effects and to determine whether fMRI-based neurofeedback might become a useful adjunct to current therapies for depression.

Traditional peripheral biofeedback has grade A evidence for effectively treating migraines. Two newer forms of neurobiofeedback, EEG biofeedback and hemoencephalography biofeedback were combined with thermal handwarming biofeedback to treat 37 migraineurs in a clinical outpatient setting. Methods: 37 migraine patients underwent an average of 40 neurofeedback sessions combined with thermal biofeedback in an outpatient biofeedback clinic. All patients were on at least one type of medication for migraine; preventive, abortive or rescue. Patients kept daily headache diaries a minimum of two weeks prior to treatment and throughout treatment showing symptom frequency, severity, duration and medications used. Treatments were conducted an average of three times weekly over an average span of 6 months. Headache diaries were examined after treatment and a formal interview was conducted. After an average of 14.5 months following treatment, a formal interview was conducted in order to ascertain duration of treatment effects.

Neurofeedback for Insomnia: A Pilot Study of Z-Score SMR and Individualized Protocols

Neurofeedback in ADHD and Insomnia: Vigilance Stabilization Through Sleep Spindles and Circadian Networks

In this review article an overview of the history and current status of neurofeedback for the treatment of ADHD and insomnia is provided. Recent insights suggest a central role of circadian phase delay, resulting in sleep onset insomnia (SOI) in a sub-group of ADHD patients. Chronobiological treatments, such as melatonin and early morning bright light, affect the suprachiasmatic nucleus. This nucleus has been shown to project to the noradrenergic locus coeruleus (LC) thereby explaining the vigilance stabilizing effects of such treatments in ADHD. It is hypothesized that both Sensori-Motor Rhythm (SMR) and Slow-Cortical Potential (SCP) neurofeedback impact on the sleep spindle circuitry resulting in increased sleep spindle density, normalization of SOI and thereby affect the noradrenergic LC, resulting in vigilance stabilization. After SOI is normalized, improvements on ADHD symptoms will occur with a delayed onset of effect. Therefore, clinical trials investigating new treatments in ADHD should include assessments at follow-up as their primary endpoint rather than assessments at outtake. Furthermore, an implication requiring further study is that neurofeedback could be stopped when SOI is normalized, which might result in fewer sessions.

This article examines the effectiveness of differentiated rehabilitation programs for a patient with frontal syndrome after severe TBI and long-term coma. We hypothesized that there would be a small response to relative beta training, and a good response to rTMS, applied to regulate the dynamics of brain function. Case Report M. L-S, age 26, suffered from anosognosia, executive dysfunction, and behavioral changes, after a skiing accident and prolonged coma, rendering him unable to function independently in many situations of everyday life. Only slight progress was made after traditional rehabilitation. The patient took part in 20 sessions of relative beta training (program A) and later in 20 sessions of rTMS (program B); both programs were combined with behavioral training. We used standardized neuropsychological testing, as well as ERPs before the experiment, after the completion of program A, and again after the completion of program B. As hypothesized, patient M.L-S showed small improvements in executive dysfunction and behavioral disorders after the conclusion of program A, and major improvement after program B. Similarly, in physiological changes the patient showed small improvement after relative beta training and a significant improvement of the P300 NOGO component after the rTMS program. Conclusions The rTMS program produced larger physiological and behavioral changes than did relative beta training. A combination of different neurotherapeutical approaches (such as neurofeedback, rTMS, tDCS) can be suggested for similar severe cases of TBI. ERPs can be used to assess functional brain changes induced by neurotherapeutical programs.

For many other studies:

The Association for Applied Psychophysiology and Biofeedback published Evidence-Based Practice in Biofeedback and Neurofeedback (3rd ed.) which provides the most comprehensive and up-to-date evidence-based and neuroscientifically supported information on the subject. They also have more information for consumers.

Researchgate has a compilation of over 9,200 articles as PDF’s on neurofeedback if you really want to dig into the topic. 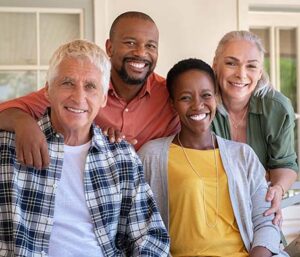